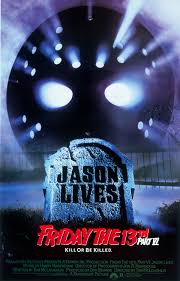 Were you disappointed by the fifth installment in the Friday the 13th series? Were you pissed off that it was, with the exception of a few well-staged scenes, amateurishly directed from a mediocre script? Did you want to punch yourself in the dick when the end revealed that the killer was not Mr. Voorhees, but some random paramedic out for revenge? Okay, maybe I'm over exaggerating the extent of the fifth films failures (I know, I know… it wasn't THAT bad BUT I’m an F13 fan), but it did leave a lot to be desired. So naturally, writer/director Tom McLaughlin introduces us to the new, improved and truly unstoppable Zombie Jason with a well-needed tongue firmly planted in cheek.

We open up with uber crazy Tommy Jarvis (now played by Return of the Living Dead favorite Thom Matthews “Like this job?! Like this job…”) rushing to Crystal Lake...or should I say Forest Green...with his buddy Horshack to incinerate JV's body. They dig up the body and in a complete stroke of coincidence, a bolt of lightning strikes in their exact global position at THAT very moment and brings back the big homie Jason a la Frankenstein. We quickly cut to a James Bond inspired opening credit sequence and immediately confirm that this isn't our typical Friday the 13th sequel. Our "plot" involves a group of teens running a weekend camp 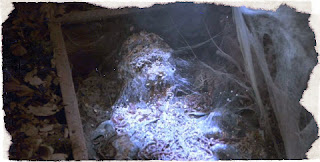 event for some children. Yes, this is the first Friday the 13th movie to feature actual children at the camp. Jason shows up and kills off the counselors one by one per his “as expected” routine. One of the counselors is the total schwing worthy 80’s babe Megan, played by the "Why the hell did she drop off the face of the earth before giving us at least ONE gratuitous boob shot?!" Jennifer Cooke. Not only does she want to knock da’ boots with young Tommy J., but she's also the sheriff's daughter! (I smell a sitcom!!!)

Alright, now I know a lot of you think I'm crazy for holding this film in such a high regard, but hear me out. Where the movie lacks originality it assuredly makes up for it with technical details. With a budget of 3 million dollars, Part 6 manages to be the most professional and appealing movie of the series. The colors are vibrant and the pacing is top notch. McLaughlin knows his shit and it's a shame that his talent has been wasted this past decade on Lifetime Original Movies. One of my favorite shots in the movie is when Jason is on the outside of the cabin and we see him following the person on the inside through the window. It's just a very tense and unnerving shot. I also love the shot of Jason climbing out of the smashed up RV as he's silhouetted...such badassery. I know a lot of people aren't fans of the humor in the movie, but at this point, you either have to acknowledge the fact that your movie franchise is turning into a joke, or continue to play it seriously and not be in on the fact that your franchise is turning into a joke. It was something different in the franchise and I dug it. And still dig it. 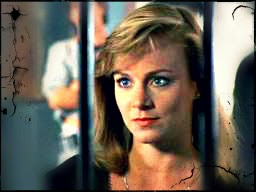 The acting is mediocre from the supporting characters but what the hell do you expect?! All the major 80’s players were too busy getting coked up and starring in John Hughes films to be bothered with a film that didn’t involve repressed emotions, stolen panties, coming-off-ages or crushes on Jake Ryan. But Matthews and Cooke as the leads are pure standouts. And Cooke is
one of the sexiest F13 girls to ever grace the series...especially when she whips around the backwoods’ roads in her little red car...I love how she smoothly handles the gear shift like “Yeah, I’m a tramp and I know your watching me.” And I’d be all like “I’m saving myself for love” and she’d be like “stop acting like a pussy!” then I’d be like “ahh my bad, I don’t what I was thinkin’! Now bring yo’ trampy 1980’s lookin’ ass over here and hum Sister Christian on deez’ nuts!” Yeah… yeah, that’s what I’d be like… But I digress. 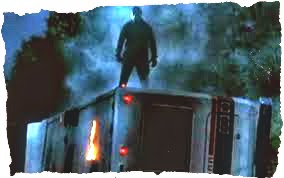 Earlier in the film, Jason obtains a handy dandy utility belt from some paint ballers, which allows for a good amount of diversity among the kills. Some nice practical effects work there too...no one gets off easy in this movie. And while Kane Hodder didn't own the part until the next installment, C.J. Graham gives an admirable performance as Big J. Jason Lives is one of my favorite movies out of the series, and while I can’t hold it in the high regard I hold F13 part 7 to, there's something inside of me that can't help but love watching this movie. That and watching it after Part 5 has made me appreciate it even more.

Jason Lives is a tricky film to examine because while it doesn't stray too far away from the tired but true slasher formula, it excels behind the camera with a tight script, beyond competent directing, and phenomenal production value. Featuring two great lead performances and the introduction of Zombie Jason, we're left with one helluva fun slasher movie that washed out the bitter taste in my mouth left by Part 5. 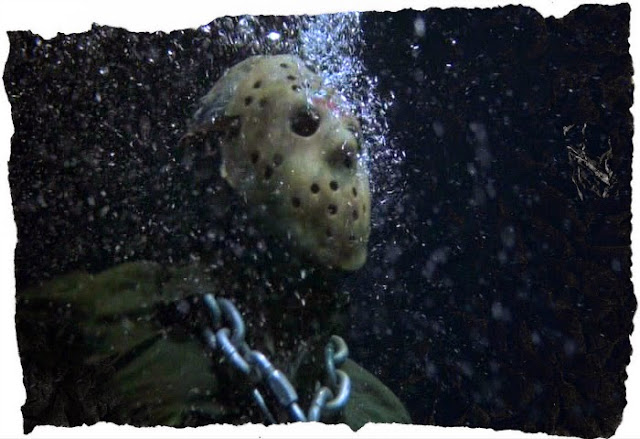